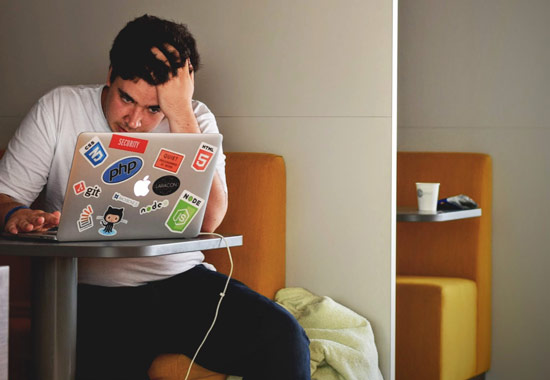 From an evolutionary perspective, stress is great. Our flight or fight response is a wonderful biological design that enabled our ancient ancestors to fight very large bears, or run away from things that were certainly angry, and quite possibly very hungry. Without it, none of us would be here today.

This stress can take on a wide range of forms. It is the body’s way of protecting itself from the perceived threat. Stress can be physical, mental, emotional, or even spiritual. It can range from a mild, momentary concern to an ongoing sense of doom or impending disaster.

However, the modern world is much different than that of our ancient ancestors. While human behavior evolves over time and adapts to our ever-changing environment, it’s thought that our body’s response to stress never completely forgets its evolutionary roots. With the modern world evolving at a much faster rate than our biological design, our response to stress isn’t always the ideal solution for our contemporary lifestyles – and it’s having a drastic effect on our health and wellbeing.

In a study by the American Psychology Association, 24% of the population in the U.S. were “highly stressed” and 80% feel stressed as a result of their work.

It’s a significant figure, and the end result is that today stress is the primary cause of a variety of long-term chronic conditions including high blood pressure, heart disease, diabetes, depression, strokes, and obesity. So why is a fundamental part of our evolutionary design, causing so many health-related conditions today?

Effects of Stress on Our Health

However, when stress becomes chronic and unmanaged it can lead to major health problems. The term “stress” is often used interchangeably with the term “distress”. Interestingly, the stress hormone adrenaline was named after the term adrenaline as a substance that produces feelings of excitement, fear, and panic.

People who are under too much stress have a greater risk of getting sick due to a weakened immune system.

When faced with the threat of imminent danger, a small area of our brain called the Amygdala (responsible for decision-making) triggers a response in our body’s sympathetic nervous system. The sympathetic nervous system stimulates the adrenal glands, which almost immediately release adrenaline and noradrenaline, which in turn causes the body to increase its heart rate, blood pressure, and breathing rate. Essentially all the things we need to fight or run away from very quickly.

It’s theorized that this automatic response took thinking out of the equation, enabling us to react immediately in order to stay alive.100,000 years ago, this response was perfect, but as Newton famously said in his Third Law of Motion, for every action, there’s an equal and opposite reaction, and there is a downside for harnessing these temporary superpowers. And nowhere are these consequences felt more acutely than for those of us living in the modern world.

The main differences are frequency and time. Our ancient ancestors had time to recover from this cascade of chemical reactions throughout the body, and the instances of imminent danger were few and far between. Frequent giving us respite and time for our bodies to recover.

The real problem with stress is that we’re not designed to deal with it for prolonged periods of time. Being constantly connected, mobile phones, pressures from work, commuting, concerns about retirement, and traffic jams; all ensure that our stress response system is almost continually in a state of amber alert – and it’s this underlying and continual stress that can be so damaging for our overall health and wellbeing.

Another hypothesis for our modern “mismanagement” of stress is the development of the human brain. In a number of papers, James Woodburn classified societies as either Immediate or Delayed Return Environments. The simple premise is that in Immediate Return societies, your decisions and actions have an immediate benefit on your life.

If you’re hungry, you hunt and eat. If you’re thirsty, you take a drink. If you’re cold, you build a fire. Essentially there’s an immediate reward for the decisions you make, leading to an element of control and instant gratification, and your life is strongly orientated to the present moment. Immediate return environments are typically found in hunter-gatherer societies, much like our ancient ancestors.

By contrast, delayed return environments are more akin to the modern world. We work hard, long hours, but our rewards are often deferred to some point in the future. Building a successful business, a monthly paycheck, pension plans, and saving for a house, all may benefit our lives, but not immediately. Delayed return environments by their very nature force us to focus on the future (or past), and it’s proposed that they lead to an increase in chronic stress and anxiety for humans.

Our bodies don’t know the difference between a real or perceived threat (or worry), the physical reaction is the same. And over time, day in and day out, the way we think and the environment in which we live can, at times, be both harmful and exhausting.

It’s arguably why activities like yoga, mindfulness, and meditation are becoming increasingly popular throughout the western world.

Either consciously or unconsciously, we may be searching for a connection with our ancestral past. Ultimately the benefits of both yoga and meditation are modern solutions for the lag in our evolutionary design, reverting both our mind and body to what they were originally designed to do.

This post was written by The Minded Institute, a world leader in the development and implementation of yoga therapy and mindfulness programs for those with mental health and chronic physical health problems. 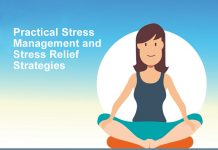 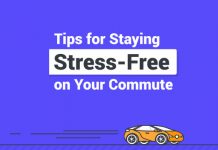 How to De-Stress During Your Commute (with Infographic) 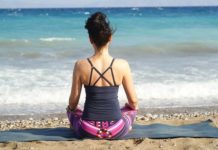 7 Ways to Fight Stress In Your Daily Life

This site uses Akismet to reduce spam. Learn how your comment data is processed. 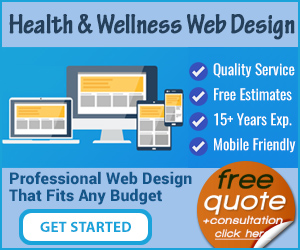 ABOUT US
Solutions To Stress is a guide for people who enjoy living healthy lives. We offer practical and easy-to-implement tips, strategies, and simple solutions to stress-free living.
Contact us: info@solutionstostress.com
FOLLOW US
© Copyright © 2022 Big Apple Media | All Right Reserved | Disclaimer | Privacy Policy